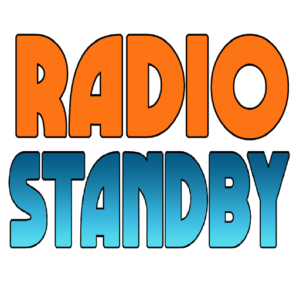 A radio now cannot remain only in FM, it would risk finding itself soon in a museum next to the radios in galena. ON AIR in FM, of course, but above all and decisively in the WEB, DVBT, DAB + and all the necessary interconnections and relationships, with special attention to the upcoming inevitable technological developments. A multi-platform project that embraces and provides for every possibility of dissemination, not excluding, indeed focusing on television projects, both for TV (the Standby.tv project is already active), as well as for specific expressions on digital terrestrial and on the web. A radio that plays quality music and is attentive to information. Great successes, at the turn of 50 years of music, with an eye and an ear particularly attentive to what happened and played in the final 3 decades of the past century, continuous, synthetic and exhaustive appointments, on national and world events, with moments of information specific and in-depth segments. So MUSIC, with the attention always being updated due to the successes of the moment (HITS in the technical term of programming) its focus is on the POP ROCK sound of the late 60s until 2000. Articulating its schedule in the alternation of 2 large categories such as OLD (to be clear from “La is my lady” by Frank Sinatra to “Like a Rolling Stone” by Bob Dylan, passing through Whitney Houston, Elvis Presley, Barbra Streisand and the Supremes) to ROTATION, or all the great music that marked hearts and charts of the indicated period. There are all from the immortals of the 60’s, the rock and disco sound of the 70’s, the electro-pop and the new rock of the 80’s, up to the 90’s with the affirmation of the dance sound and the continuous evolution of Anglo-American pop rock but not only. All this obviously focusing on an immediate and immediately recognizable sound, which embraces all the great names of the period, allows other names and other songs to re-emerge perhaps forgotten amidst daily worries and old emotions, to fill the listeners’ day with a sound that is not demanding but of quality and in any case emotional and engaging. In addition to the continuous and uninterrupted musical flow, Radio Stand By plays its daily schedule of specific and specifically and originally realized broadcasts. Again, going into detail, we find classics of radio programming of all times alongside new and original productions.
Translate »
This site uses cookies: Find out more.